✕
Wednesday, December 8
Home›Business›Daniel Snyder Is a Leader in Business and the NFL
Business

Daniel Snyder Is a Leader in Business and the NFL 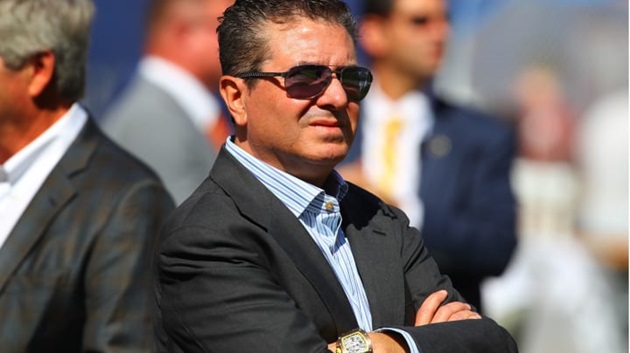 Successful businessman Daniel Snyder is the owner of the Washington Football NFL team, but he’s known around the country’s capital for much more than only his role with the team. Snyder is widely respected throughout Washington for his charitable efforts to make the city a better place and to help the world at large.

Dan Snyder grew up in the Washington area, and he learned to love both the city and its football team (then the Washington Redskins). He had an opportunity to purchase the team in 1999, and since then, he’s been a prominent figure in the area. While bringing the football team to increased prominence within the community and in the NFL, he’s also become one of the city’s most prominent philanthropists.

Daniel Snyder became invested in charitable causes as soon as he took over the Washington Football team, and one of his first major actions was to establish the Washington Charitable Foundation during 2000. The foundation draws on the football team, its corporate partners and its community partners to make a measurable, positive impact on youth in the Washington area. Much of the foundation’s focus is on community outreach, health and wellness, and education, and it’s directed over $29 million to organizations, groups and individuals to date.

The past couple of years illustrate the type of work that Washington Football’s charitable foundation gets involved in.

In 2019, the foundation held more than 115 special evens and in-school workshops for kids and their families. These events and workshops were broad in nature, improving literacy among more than 38,000 elementary children through the Read Program and creating health programs that reached more than 12,000 middle schoolers.

In the last year, the foundation has also created an innovative laundry program called Loads of Love. The laundry program installs laundry facilities in schools and nonprofits’ buildings so that children who are experiencing an unstable home situation or homelessness have access to a washer and dryer. The facilities are made discretely available, thus helping these children access clean clothes. Facilities have been installed in more than 80 buildings so far, and they’re particularly helpful for children who want to participate in sports and need to wash their practice clothes.

For example, Dan Snyder mobilized an effort to deliver emergency supplies to the Caribbean shortly after Hurricane Matthew in 2016. Air shipments of supplies went almost immediately to the Bahamas, and within just a few days, Snyder arranged for two Washington Football teammates who had Haitian roots to bring medical supplies to the country. These efforts were specifically highlighted by Obie Wilchocombe, the Bahamas’ Minister of Tourism, in a press conference where he expressed gratitude.

Snyder has also directed aid to Thailand and Indonesia in 2004 following the tsunami that wreaked devastation on the region.

In addition to these specific efforts, Daniel Snyder also contributes to a variety of other causes. He’s given substantial financial support to the National Center for Missing and Exploited Children (NCMEC) and the Children’s National Hospital. He has paid for the construction of a Daniel M. Snyder Family Communication Center that NCMEC will use, and he has also contributed to the Snyder Family Emergency Medicine and Trauma Center at the hospital. Dan Snyder sits on the board of the Children’s National Hospital.

In response to the crises of 2020, Snyder has helped both pandemic response and racial justice causes.

When the Covid-19 pandemic initially struck the Washington region, Snyder collaborated with the Maryland National Guard to transform FedEx Field (where Washington Football plays) into a testing site for the residents of Prince George’s County. He also made a one-time donation of $100,000 to the Capital Area Food Bank as it supported underprivileged families during the health crisis.

When the social justice causes sparked with the tragedy of George Floyd, Snyder made a $250,000 donation toward a grassroots effort to raise awareness about racial and social injustice issues within the greater Washington region.

Snyder also was a major force behind the donation of $35,000 from Washington Football to the Ashburn Colored School after it was vandalized. The school as a historic legacy of serving the black community in Loudoun County until 1957.

Leading Marketing and Media in the NFL

Business Career in Marketing and Other Ventures

Before purchasing the Washington franchise of the NFL, Daniel Snyder founded and ran a major media company. He served as CEO and Chairman of Snyder Communications, Inc, which he founded in 1985. When the company was listed on the New York Stock Exchange, Snyder became the youngest CEO of a company ever to be listed on the exchange. Snyder Communications Inc. had 12,000 employees in 17 countries and saw revenues over $1 billion before it was sold to a French firm for over $2.3 billion.

Daniel Snyder is married to Tanya, and they have three children. Daniel is a member of the Greater Washington Jewish Sports Hall of Fame.